Juicers and Recipes spent almost 2 months in Rio de Janeiro, Brazil, and though we did do a lot of juicing the reality is: Rio is an outdoors place. While we did try to write about juicing there, we can’t deny the truth: the beach had a stronger pull than the computer.

As with everything in life, to have too much of something isn’t a good idea, most of the time. Through trial and error, we have figured that the best path is the one that lies somewhere in the middle. When you have spent a lot of time working, it’s a good and healthy thing to go on vacation and rest. It’s as essential to the body to rest as it is to exercise.

It is a great thing to meet friends you haven’t seen in a long time and celebrate. Not such a great thing though to wake up the next morning with a pounding headache and finding out you may have celebrated a bit too much… Yes, that happened to us in Rio. Luckily, as juicers, we knew that through certain ingredients we might be able to improve and even cure this condition.

Following the advice of our friend and nutritionist Adriane Louzada, we had a smoothie that helped a lot and was also delicious. We had this great recipe mixed in a juice parlour just around the corner from her office, called BB Sucos. The Hangover Mix, as we call it, includes fresh green coconut water, pineapple, ginger and flaxseed. 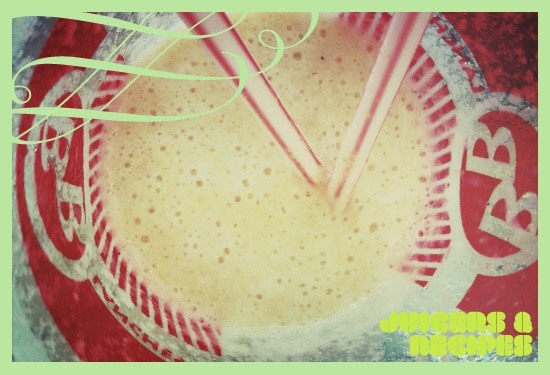 The Hangover Mix: The Ingredients

Coconut water is one of the best electrolyte sources in nature, which means it is a wonderfully tasty way to rehydrate the body after intense exercise or, as in our case, alcohol consumption…

Pineapple is great for the immune system, and packed with lots of vitamin C. It also contains Bromelain, an enzyme that works as anti-inflammatory, thus it reduces swelling and pain. Finally, the sweetness of the fruit helps balance the taste in this mix.

Ginger is a superfood and literally crammed full of goodness. It soothes, relieves pain and, as the pineapple, contains anti-inflammatory properties. Ginger is crucial for the Hangover Mix because it’s extremely effective in treating motion sickness and reducing all the symptoms associated with it, such as dizziness and vomiting – not that we were in that bad a state!

Finally, the flaxseed, also a superfood, will aid in removing the excess fluid stored in tissues, such as the fruits of alcohol consumption. It also boosts metabolism, stabilises blood sugar and alleviates constipation.

The combination of these 4 ingredients in smoothie form means that the nutrients are absorbed quicker by the body and in a matter of minutes after consuming it we were feeling so much better! There will be no hangover with this lovely mix 🙂 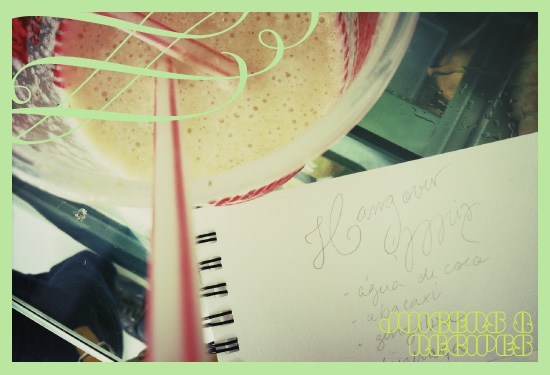